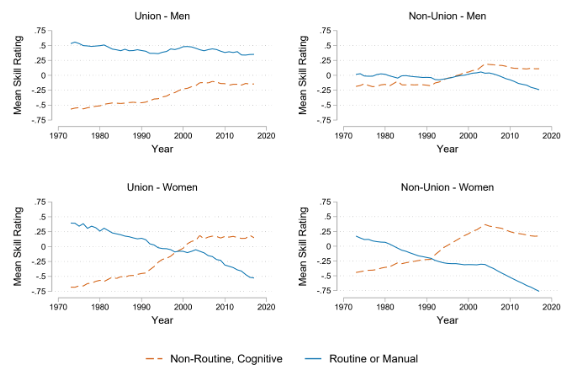 Concurrent with the precipitous decline in private sector unionization over the past half century, there has been a substantial shift in the type of work covered by unions. We take a skill-based approach to studying this shift, using data from the Current Population Survey combined with occupation-specific task requirements from the Dictionary of Occupational Titles and the Occupational Information Network. We first document that for both men and women, private sector unionized jobs became higher-skilled by requiring more non-routine, cognitive skills and fewer manual or routine skills. We then show that union, non-union skill differences have polarized, with unionized worker occupations becoming relatively more intensive in non-routine, cognitive skills and in manual/routine skills. These changes have been more pronounced for women than for men. Next, we decompose these skill changes into three parts: (1) changes in skills within an occupation, (2) changes in worker concentration across existing occupations, and (3) changes to the occupational mix from entry and exit. Most of the skill changes we document are driven by the second two forces. In the third part of the analysis, we estimate union wage premiums that account for the changing skill mix. We find that accounting for skills has a small effect on the union wage premium and that the premium remains high at over 20% for both men and women. Finally, we show how this evidence can be reconciled with a model of skill-biased technological change that explicitly accounts for the institutional framework surrounding collective bargaining. 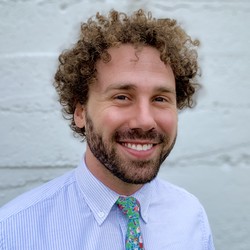